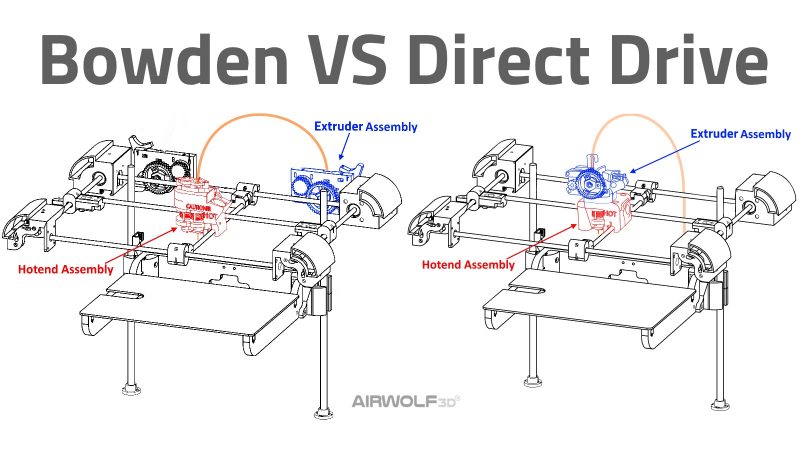 Have you ever wondered, “What is a direct drive and a Bowden drive extruder system?  How do these affect 3d printing?” This article will go over these two types of extruder systems.  First, it introduces some common terminology of 3D printer parts. Then it provides an overview of the basics of an extrusion configuration.  Finally, we review some of the strengths and limitations of each.

To understand the direct drive and Bowden drive configurations, it is important to know these three common 3D printer parts and assemblies: 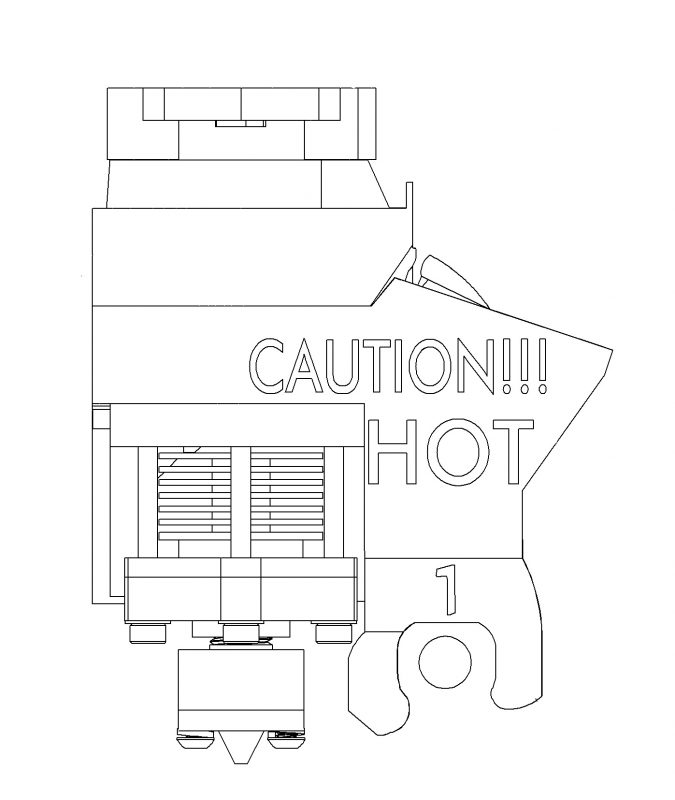 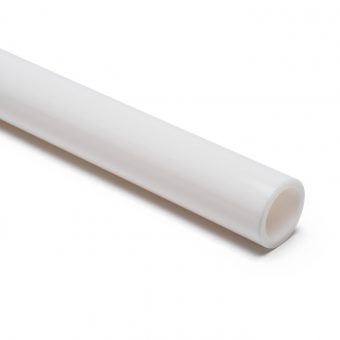 Basics of An Extrusion Configuration

The extrusion system is arguably the most critical component of any 3D printer. On FDM printers, extrusion begins at the extruder assembly where filament is grabbed between the hobbed bolt and idler and pulled into the system. At this point, filament is either pushed to and through a proximately located hot end (Direct Drive) or directed through a PTFE tube to be guided to the hot end (Bowden). In Bowden systems, the PTFE tube is typically 2-3 feet in length.  Once in the hot end, the filament will continue to travel until it has softened enough to flow through the narrow nozzle (.35mm-1.0mm orifice), where it will become part of the 3D-printed object.

The previously mentioned Bowden and Direct Drive styles represent the two most common extrusion-style configurations. Hardware-wise, these two configurations can use a plethora of varying elements or they can be nearly identical with the only variation being a longer PTFE tube in the Bowden system. For simplicity, we will assume the hot end and extruder assemblies are identical from Bowden to Direct Drive. 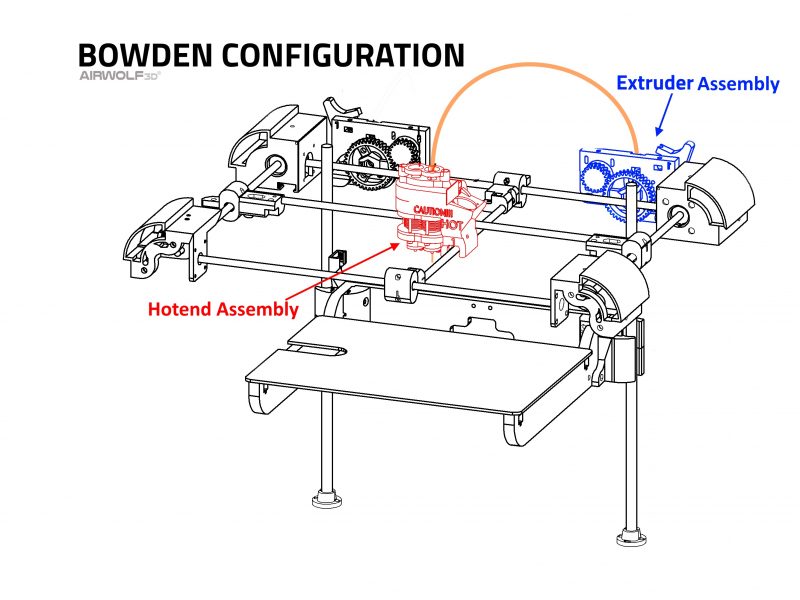 The Bowden setup configuration is popularly known for its faster print speeds compared to Direct setup configurations due to its lower moving mass.  Specifically, the separation between the extruder and hot end assemblies enables a Bowden system to offload the mass of the extruder onto the fixed frame of the 3D printer rather than on the print head. This is important because constant acceleration and deceleration cause backlash on the gantry.  Such undesirable effects are then amplified once more mass is introduced to the moving body. This constant jerking movement tends to oscillate the hot end back and forth, creating imperfections in the printed part. Moving with less mass on the gantry decreases these vibrating instances and gives it cleaner movements.

A major drawback when printing with a Bowden-style extruder system is the homogeneity of material variance that can be printed at acceptable resolutions. More rigid materials like PLA and ABS perform well with certain Bowden setup configurations but TPE, TPU, and other more flexible materials require more software tuning to produce merely satisfactory parts.

On a Bowden drive, three different conditions must be satisfied to print flexible materials. 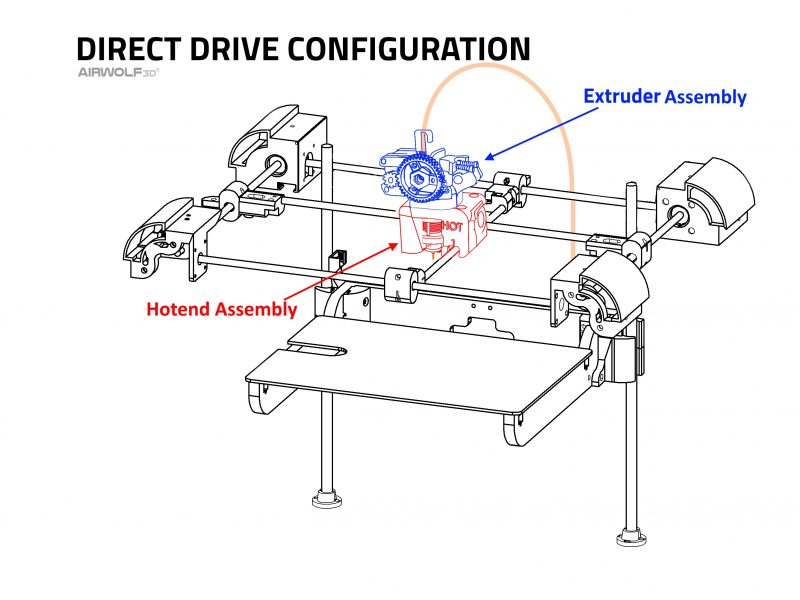 Direct Drive extruders are the most popular type of extruders. A prominent advantage is the responsiveness that is inherent with Direct configurations because of the location of the extruder relative to the hot end. Given the smaller distance, extrusion and retraction commands are more immediate, thus creating a more stable material deposition control, which in turn provides higher resolution. This added control makes printing in flexible and other exotic materials more likely to yield better results and higher print quality.

Additionally, since there is minimal distance between the extruder and hot end, the force supplied by the extruder does not have to be as large, meaning two things: first, there will be less probability of slipping filament via the hobbed bolt as the extruder will be more gentle on the filament; second, a smaller stepper motor may be used to drive the extruder, thus creating a lower energy draw and less mass for the gantry.

Direct Drive configurations add mass to the gantry which can cause more vibrations and backlash when printing at faster speeds than equivalent Bowden systems. The increased vibrations can cause more wobble and a loss of accuracy.  However, the print speed at which a printer with a Direct Drive configuration prints is often limited by other hardware assemblies or systems. For example, a Direct Drive extruder may be able to move faster than 100mm/s, but if the hot end can only heat and expel a certain amount of material at the time, that may become the limiting factor in the assembly.

There are three factors to consider when selecting the correct extrusion system for the application:

In a recent study, “Direct vs Bowden Whitepaper”, Airwolf 3D performed significant testing regarding these three factors using two Airwolf 3D HD printers as well as two Airwolf 3D AXIOM printers.  The study aimed to test the resolution of both a Bowden and Direct Drive configuration at different print speeds with different material.

In conclusion, Direct Drive extrusion assemblies come out on top due to their ability to perform consistently and with a wide range of 3D printing materials, including flexible materials such as TPE and TPU. Even though Bowden configurations do have the ability for slightly higher printing speeds, that advantage is negated when print quality, material selection, and usability is factored in.   To delve deeper into this topic of Bowden vs direct drive, to learn more about settings and to see images and results from our recent tests, download our white paper below.

The purpose of this white paper is to explain to hobbyists, educators, and professionals the distinctions between direct drive and Bowden drive extrusion systems for Fused Deposition Modeling (FDM) 3D printers, by highlighting the key features of each and assessing various 3D-printed control objects. Read this white paper to learn:
- The pros and cons of a direct drive extruder configuration and a Bowden extruder configuration
- About our Resolution-Time Correlation study aimed to test the resolution of both a Bowden and Direct Drive configuration at various speeds with various materials.
- Settings for various materials using these configurations 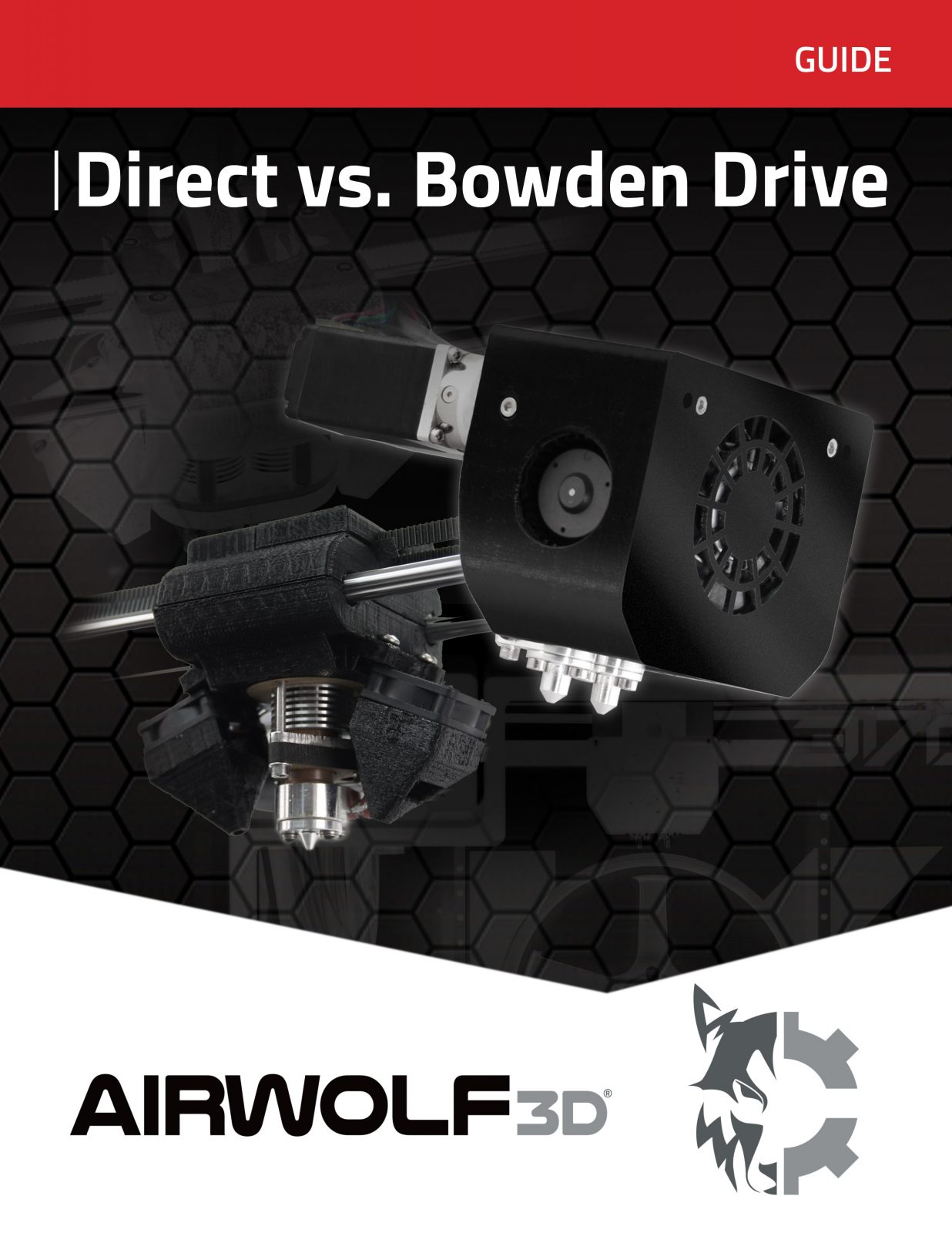