The Wolfpack at Airwolf 3D is gearing up for the holidays  and the new year. Before we concentrate on the hectic Christmas season, we wanted to put together a post about all the amazing things that have been happening. Every day, we receive pictures and testimonials from teachers, students, hobbyists, and 3D printing enthusiasts creating amazing prints on their Airwolf’s, so we wanted to share some of the photographs with you: 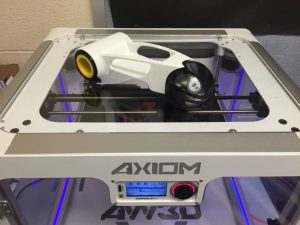 One of our reseller’s, Hawk 3D Proto, part 1 of architectural model completed on the Airwolf 3D HD-R. 36 hours in total and Colorfabb white PLA and all printed with Wolfbite Nano and sliced with AstroPrint. 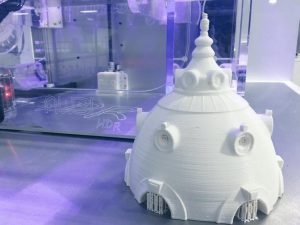 Halloween Fallout helmet printed from one of the first people to order the AXIOM, Ben, for his son. Dad of the Year! 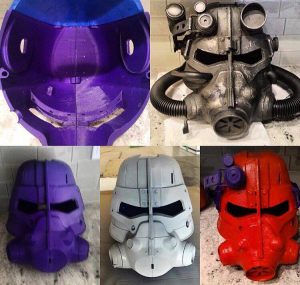 Team Orange County Solar Decathlon 2015’s Casa Del Sol won 2nd place in the Engineering Contest, citing the Airwolf 3D Tooling Room of the Future as the turning point on the judges’ decision. Casa Del Sol was the only home in the competition that chose to use additive manufacturing within their designs. Congratulations again to Team OCSD! 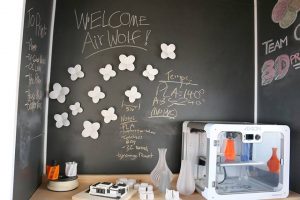 One technology teacher, Chuck Hobbs, of Vista del Mar Middle School in San Clemente, decided that a 3D printer in his classroom would prove beneficial for the future of his students. He established a page on DonorsChoose.org, and the monetary donations began pouring in. 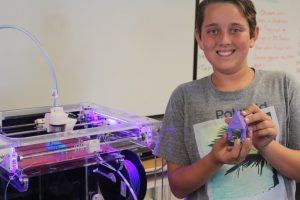 The owners of Airwolf 3D donated an AXIOM printer to the Spooky Science Exhibit at Discovery Cube Orange County. 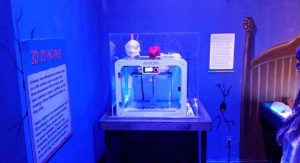 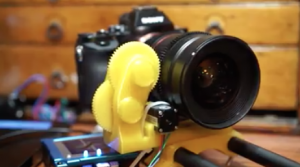 One of our customers/friends, Geoffrey,  printed out an electric violin for his son. He’s been trying to print one for some time, but when he got out XL printer, he was able to print the fingerboard in one piece. 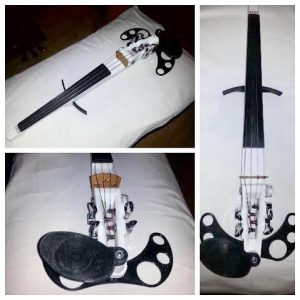 Earlier this year, we teamed up with Robohand USA to print 200 prosthetic hands for children in 24 hours. Watch as Airwolf 3D broke the world record for the most 3D printers printing simultaneously, and at the same time donating to the worthy cause. 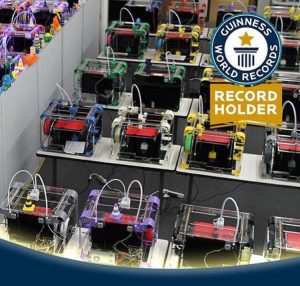 These posts are just a glimpse in the Airwolf 3D universe, but we really appreciate everyone sharing their 3D printing feats with the team. The passion for additive manufacturing is what drives the company, and we love seeing that same passion replicated in our customers.