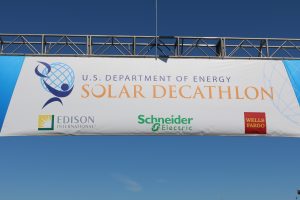 The students of University of California, Irvine; Chapman University; Irvine Valley College; and Saddleback College teamed up to compete in their first U.S. Department of Energy Solar Decathlon competition.  Over the past two years, the students have designed an innovative, net-zero-energy house that draws inspiration from the California state flower, or the golden poppy. Similar to the state flower, Casa Del Sol is main feature is the fact that it is drought-resistant and architecturally adapted to the warm climates of Southern California. It was created with an open design with a flex floor plan and separate studio for either multi-generational living or a possible rental. 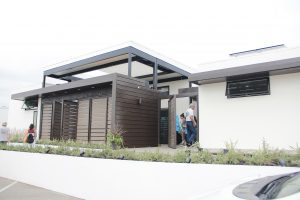 According to the Solar Decathlon’s website, Casa del Sol’s architectural features include a south-facing veranda, halo with retractable tensile structure, and eastern brise soleil which passively maintain a comfortable temperature by allowing sunlight into the house during the winter and providing shade from the sun during summer. Strategically positioned windows open to capture southwestern breezes. 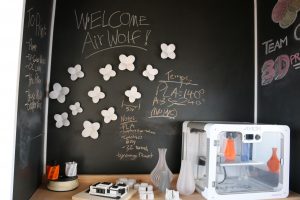 Casa del Sol also is equipped with an Airwolf 3D Tooling Room of the Future. This room holds the Airwolf AXIOM, the newest version of the Airwolf manufactured 3D printers. The desktop 3D printer and small-scale thermoplastic recycling system allows residents to break down previously printed objects that are no longer needed and reuse the material to generate new products such as household tools, creative decorations, and parts for simple home repairs. 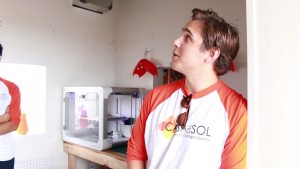 “We’re hoping to start the conversation about having 3D printers in your house, being able to print out different objects inside your household,” says Will Amos, environmental engineer student participating in the Solar Decathlon, “you can replace certain parts and decorate your house how you want with the 3D printing.” 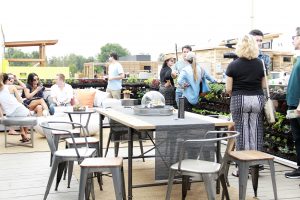 Orange County’s Casa Del Sol won 2nd place in the Engineering Contest, citing the Airwolf 3D Tooling Room of the Future as the turning point on the judges’ decision. Casa Del Sol was the only home in the competition that chose to use additive manufacturing within their designs.

One thought on “Airwolf 3D Tooling Room of the Future”