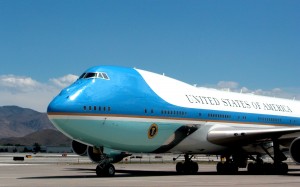 Undeniably one of the most famous air force bases in the US, Joint Base Andrews (Andrews Air Force Base) is most widely known as the home of Air Force One.
Designated in 1942, the base was named for Lt. General Frank Andrews, one of the founding fathers of the US Air Force.

Since its inception, Andrews has been the home of technical innovation and cutting edge aeronautics.

Andrews Field was initially used to train fighter pilots, but over the years has served as headquarters for Continental Air Command, Strategic Air Command and the Military Air Transport Service. It was also headquarters to the Air Research and Development Command, as well as the Air Force Systems Command.

“With any new technology, there is some learning involved,” Williams says. “They wanted to be as up to date as possible.” His HD2X training session was recorded and broadcast as a webinar at several air force bases.

The HD2X printer features dual head extrusion capability (the ability to print two different materials at once) as well as the capacity to print high temperature materials. It is to these distinctive features that Williams attributes the popularity of the unit among elite users, such as the Air Force.

“You have high temperature, high strength material capabilities that far surpass anything on the desktop market,” says Williams, who has a background that includes industrial 3D printing and design.

As a result, Airwolf 3D sells their printers to every branch of the armed services, aeronautics companies, and engineers all over the world.

To learn more about the Airwolf HD2X, please visit airwolf3d.com