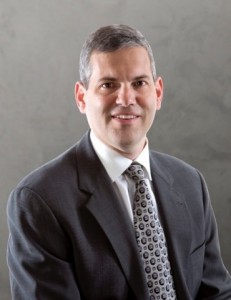 Reporting directly to the early stage company’s founder and chairman Erick Wolf, Mr. Mathews will run the business side of the company including sales and marketing, finance, and operations as well as raising investment capital to accelerate Airwolf 3D’s rapid growth and building the infrastructure to support it.

During his tenure at Toshiba America Business Solutions, a $750 million company with more than 3,000 employees in North and South America, Mr. Mathews oversaw the strategic direction and operations of Toshiba’s office equipment and document solutions business. A 20-year veteran, he is credited with leading Toshiba through a period of extraordinary growth in which it consistently won industry accolades.

“Working with an early stage high-tech company is a unique opportunity,” Mr. Mathews said. “The 3D printing industry is like the Wild West: It’s chaotic, it’s raw and it’s fun. Best of all, I have the opportunity to use my 20 years of high-tech business-to-business expertise to develop and execute a plan for rapid growth in what’s expected to be a $12 billion industry by 2025. I’m working with owners who are pushing the boundaries of innovation and, more importantly, share the same values and vision I have. Given all that, Airwolf 3D is the perfect fit for me.”

“Mark Mathews will take Airwolf 3D to the next level,” Mr. Wolf added. “We’ve spent the past two years establishing the company as a serious innovator and manufacturer of advanced commercial 3D printers. His extensive knowledge of sales and marketing strategy, product development, supply chains and operations will help propel us into the forefront of our industry. Most importantly, he will be seeking investment partners to accelerate our business expansion by allowing us to grow our core business as well as diversifying our revenue streams.”

Mr. Mathews earned a BA from the United States Air Force Academy (he served as an officer for six years), a master’s degree in civil engineering from Columbia University and an MBA from the University of California, Los Angeles Anderson School of Management. Among his many interests is his involvement with Habitat for Humanity where he serves on the Board of Directors.

Airwolf 3D is committed to manufacturing high-performance 3D printers that are fast, affordable, durable and easy to use. All 3D printers are made in America, manufactured in the company’s 15,000 sq. ft. facility in Costa Mesa, Calif. Currently, Airwolf 3D printers can be found in engineering firms, government agencies and schools worldwide. For more information visit www.airwolf3d.com, telephone (949) 478-2933, email info@airwolf3d.com, or visit the company’s showroom at 130 McCormick, Suite 105, Costa Mesa, CA 92636.