Dreamworks Animation SKG decided to purchase the HD 3D printer back in April, and instead of training their team at our facilities, they were kind enough to invite me to their headquarters in Glendale, CA for a tour and to perform the training at their facility.

When I initially received the call I figured it would be used to make figures and prototypes for collectibles, or even used for creating animatronics. I thought the HD would be a great 3D printer for Dreamworks Animation SKG. During the tour, I was able to see their state-of-the-art motion capture room. Loaded with the most high-tech devices used for this technology, I was finally able to understand where our beloved HD printer would be put to use.

As I looked closer, I began to see 3D printed parts used to hold together various devices, brackets, camera accessories, etc. I won’t go into anymore detail than that, mostly due to the fact that I really had no idea what most of the equipment was. I was finally able to see why an HD 3D printer for Dreamworks was the perfect fit.

The Dreamworks team is not new to 3D printers, so this made the training session go very smooth. We were even able to go over some of the more advanced features of the printer and the software. It was a pleasure visiting the studio, and I am anxious to see what they can do with this piece of equipment in the future. 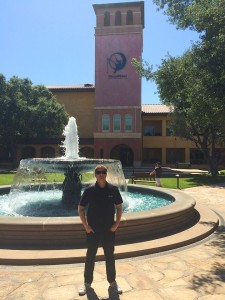