Today’s featured 3d printed part comes to us from long-time customer, Stephen Cook.  The detail on this cart is amazing.  Here is what Stephen says about this 3d printed project:

“The cart took approximately 20 hours to create. Its about 14” long and 6” wide by 6” high It started when I had seen these carts nearly every day when visiting my horse. At that time I was not thinking of creating one. They are training carts for miniature horse shows. After looking at displays at a national show the idea struck me to make one. Since I was living near where several are kept I went out and measured one to get the sizes. 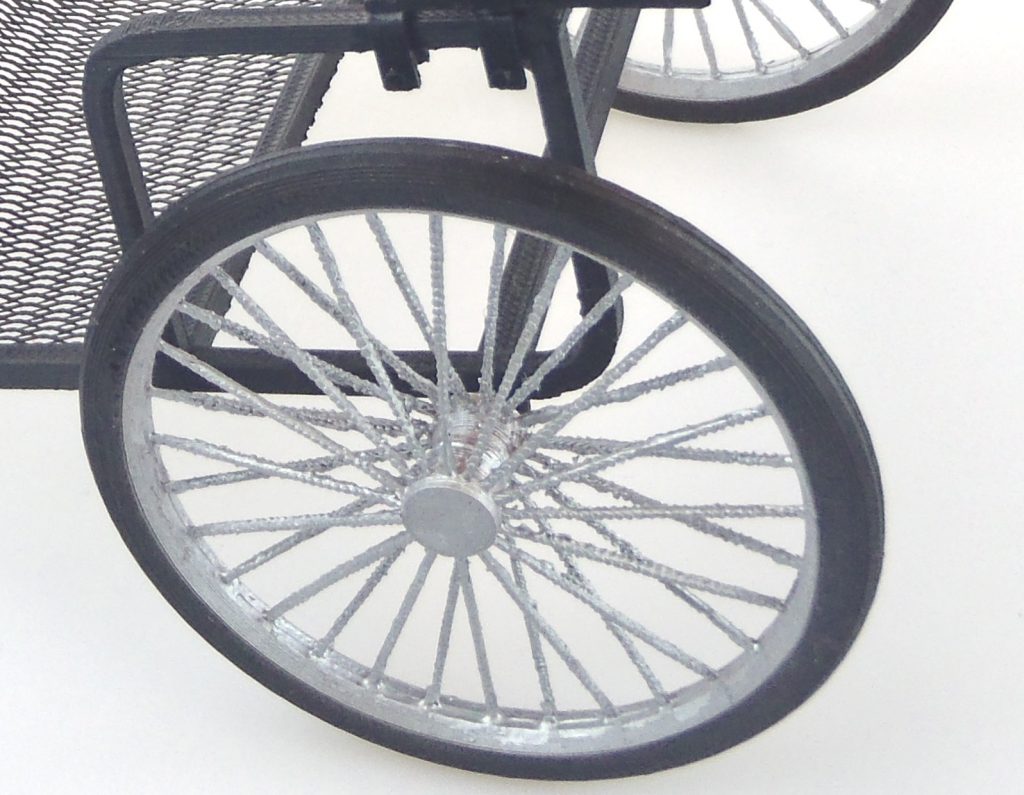 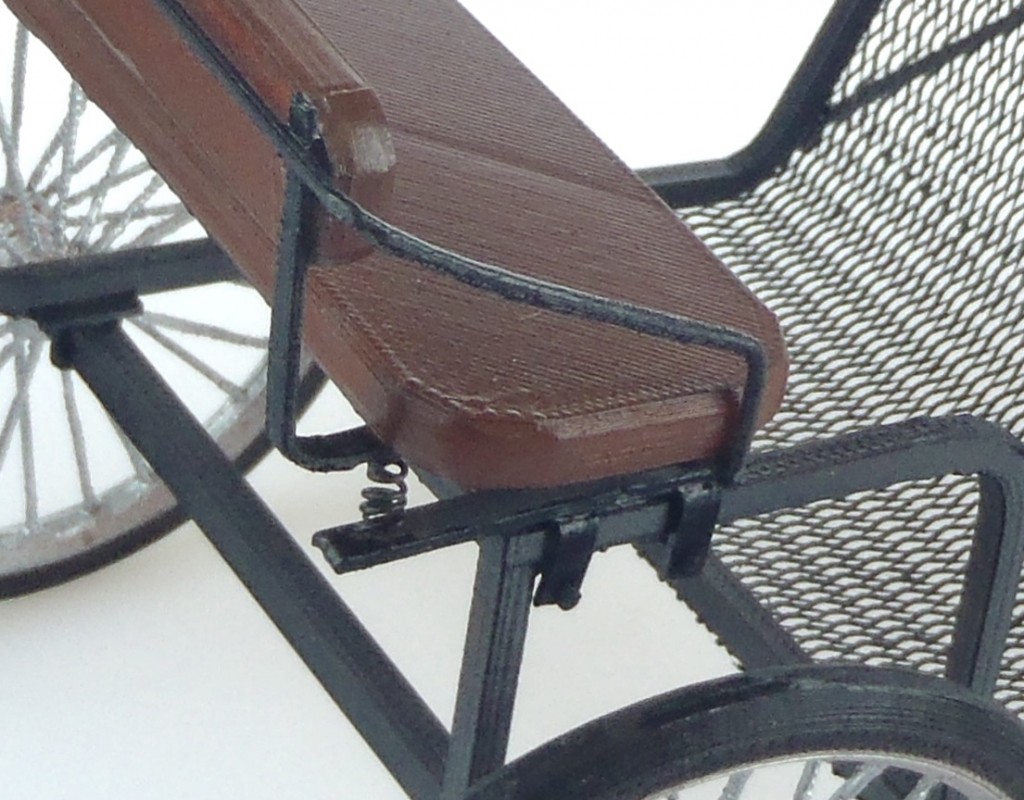 I then created the cart in Autodesk Softimage. I also used Netfabb to fix holes or other errors and ensure the part is to touch the bed is at zero. I then used Slic3r to create the gcode. To print I used Repetier-Host to print to my 5.5 Airwolf3D printer. I did make changes after the first prototype was printed. I kept the seats from the prototype and reprinted the rest.

How It Came Together

Once the parts were printed I then glued them together using acetone and mixture of the filament. I also drilled small holes on the 3d printed parts where the bolted areas go. The most difficult part was the frame the seats sit on. It has small tubing and the support material had to be carefully trimmed. Once the whole thing was glued I then sanded rough areas then painted the cart to look like a real cart.” 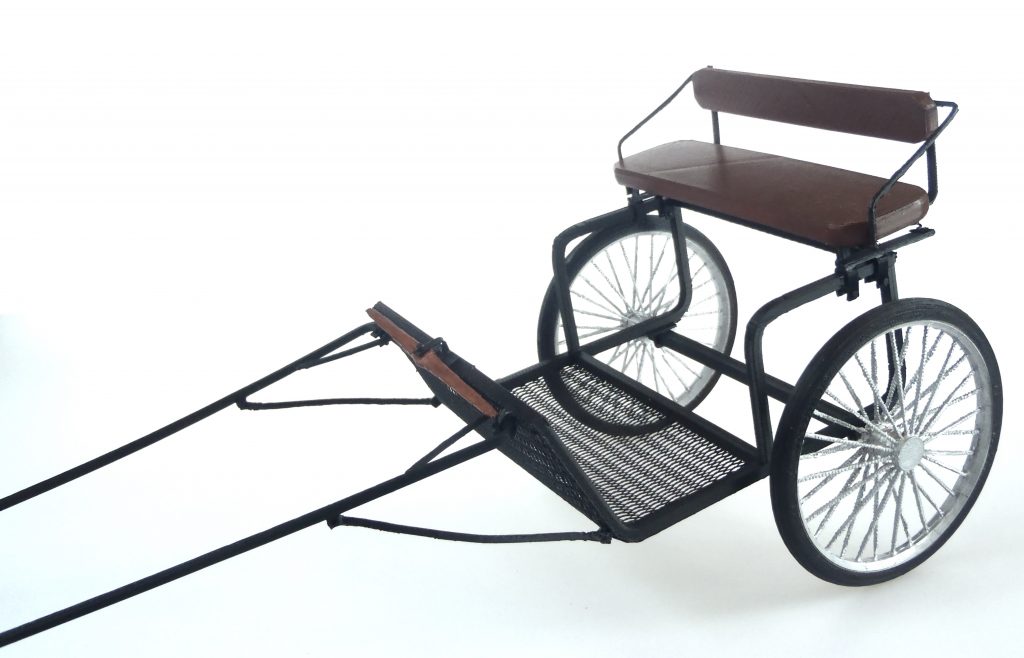 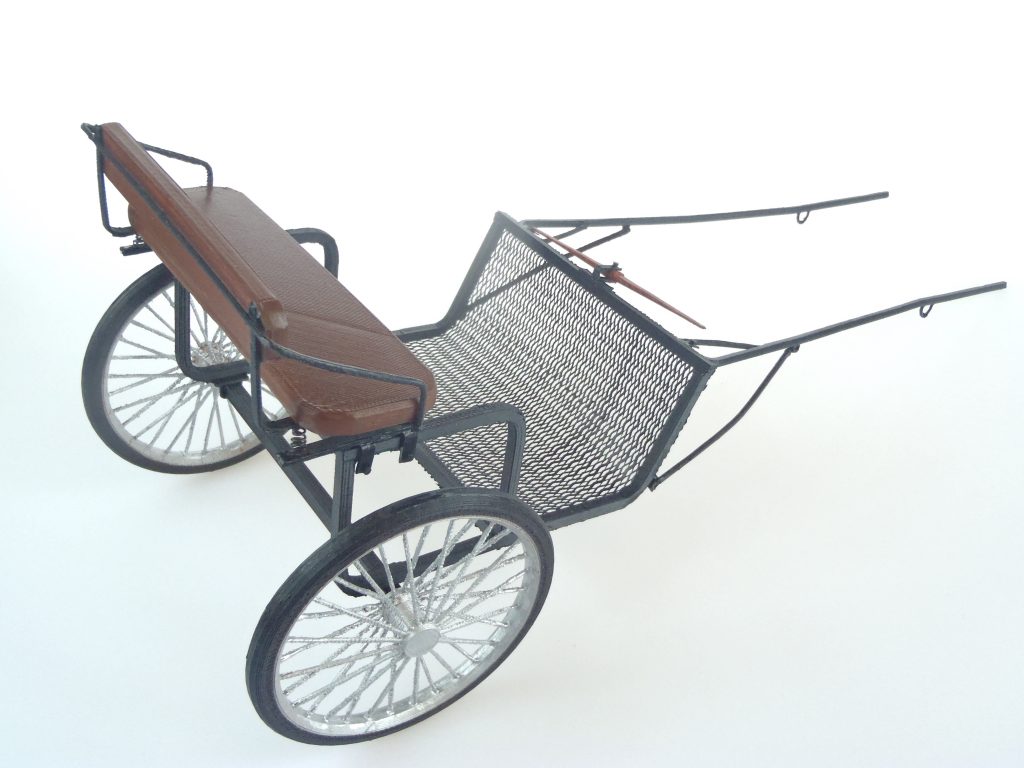 Stephen Cook may be contacted via his website:  http://www.fx-creator.com