Are you considering acquiring a 3D printer for your school? Does your school teach subjects such as engineering design, computer aided drafting, 3D modeling, architecture, or related courses? Here’s why a 3D printer is becoming an absolutely necessity in the classrooms of middle schools, high schools and colleges. 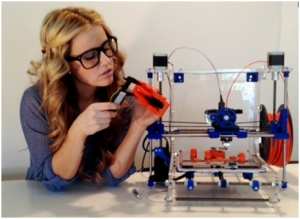 1. A 3D Printer Ignites the Imagination of Students

One of the challenges faced by CAD instructors is to inspire students to design models and study engineering when they never actually see, hold, touch or feel their designs as a final physical product. To many students the models they design on the computer screen are often perceived as unobtainable “fantasy” objects. A 3D printer can take the 3D models the students design with computer aided drafting software and create plastic versions. This is an important advantage that some schools are already offering. It’s remarkable how prolific students become once they are empowered with the capability of making their 3D designs into real physical objects!

Many instructors believe that a 3D printer in the hands of a student will lead to proficiency with professional 3D modeling software. With a 3D Printer in the classroom, students can take their designs from the computer screen and print them out in plastic before the one hour class time is over. Several revisions can be made on a model and reprinted until the object is in its final form, all in a relatively short period of time.

3. 3D Printers Result in Tangible Objects for Many Curricula

3D printers are good for the whole school. This technology can also aid various other disciplines. For example, architecture students can quickly make physical examples of their designs, medical science majors can make three dimensional molecular models, and fine art students can 3D print real life examples of their designs.Students can assemble a portfolio of 3D printed objects, work to show prospective employers or universities, to demonstrate their CAD accomplishments. High School students might consider including a custom 3D printed object with their applications to engineering colleges. 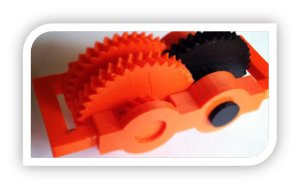 4. 3D Printing Can Aid in the Development of Spatial Intelligence

Many teachers believe that 3D printers can develop advanced spatial reasoning capabilities. What is spatial intelligence and why should we care to develop this? In an article in Scientific American, spatial intelligence is described as a capacity for mentally generating, rotating, and transforming visual images. It has also been referred to as the ability to draw accurate conclusions from observing a three-dimensional environment. It involves interpreting and making judgments about the shape, size, movement, and relationships between surrounding objects, as well as the ability to envision and manipulate 3D models of things that are not immediately visible.

People often discuss vision in conjunction with spatial intelligence, although the determination of spatial ability and visual acuity are completely separate. Indeed, the other senses can and do play a role in spatial intelligence. For example, a blind person can still identify a three-dimensional shape by touch or interpret the distance and direction of a moving vehicle by listening to changes in the sound it makes. Although humans rely heavily on vision when using spatial skills, a person may have perfect vision but poor spatial intelligence, or vice versa.

5. A 3D Physical Model Can Bridge an Important Gap 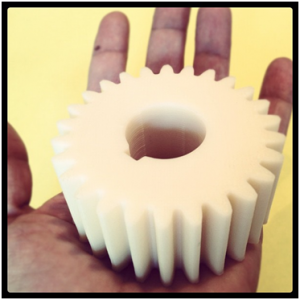 A 3D-printed object held in the hands of the student-designer can bridge the gap between simple visual perception and three-dimensional spatial visualization, and thereby incite a paradigm shift. Something as simple as the act of rotating and observing a seven-inch prototype can have a profound effect on a student. Park, Lubinski and Benbow argued that our schools and our society must do more to recognize spatial reasoning, a key kind of intelligence and, due to the “neglect of spatial ability in school curricula, traditional standardized assessments, and in national talent searches, those with relative spatial strengths…constitute an under-served population with potential to bolster the current scientific and technical workforce.”

In the past 3D printers were cost prohibitive. Now this emerging technology has become affordable and easily accessible to the masses. A school can have a dependable and high-performance desktop 3D printer in the classroom for $3,195 (cost of the Airwolf 3D AXIOMe 3D Printer). Gone are the days of expensive printer supplies and costly maintenance. Schools can buy 3D printing material for as low as $30 per pound of filament. This is roughly enough material to make approximately 50 student projects the size of a smart phone cover. The only 3D printer maintenance required is the occasional lubrication of the linear bearings. 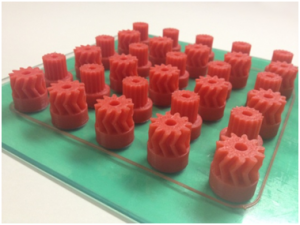 3D printing is the latest technology and it is vital that schools educate students in modern production techniques. At Airwolf 3D, we want to see more students experience that paradigm shift that leads to a career in science, technology, engineering and mathematics (STEM) and to help educators see the importance of 3D printers as a tool in their toolbox for STEM education. 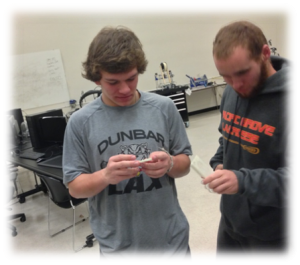 Certain 3D printers are great for classrooms and businesses alike because of their durability and performance. For example, Airwolf 3D printers are in many classrooms around the world, including Jenkins Middle School (CO), Florida State University, St. Andrews University (NC), Virginia Commonwealth University in Qatar, trade schools in China, and Roseville and Huntington Beach High Schools (CA).

We even work with S.T.E.A.M Mobile, a learning experience on wheels that sports its own 3D printer.